Atlantic Coast with a Local Host

THIS JOURNEY IS FOR…

People who seek out the salty sea, sand and sunshine.

Portugal has the most beautiful beaches and coastline in all of Europe. Sure we’re Portuguese, which might make us a little biased, but we promise we are telling the truth – and we’ll prove it to you!

In just one day we’ll roll up the wild, wild west coast in one of our restored convertible vintage Portuguese UMM jeeps. We’ll start the day watching surfers catch seemingly endless barrels at the famous Guincho Beach before we head off-road hitting dirt tracks inland. From the mountaintop 12th century Peninha Sanctuary enjoy a 360-degree bird’s eye view over the coastline stretching from Lisbon to Cascais, and Costa da Caparica and Arrabida.

Now that you’ve got your bearings of the land, we’ll hop back in the jeep where you’ll feel the wind in your hair as we return to the coast. More specifically, the “edge of the earth”. Cabo da Roca’s sheer cliffs and lighthouse mark the westernmost point on mainland Europe.

After ticking off this bucket-list spot we’ll sneak over to our secret viewpoint and explore the “Buraco do Fojo”, a really cool natural sight that only locals know about.

From there, the only thing left to do is sink our toes into the soft golden sands of the incredible wild beaches of Sintra. We’ll work our way from Praia Grande to Praia das Maças, and finally Azenhas do Mar. Here traditional white-washed Portuguese villages cling to the cliffside above sandy beaches and the wild Atlantic ocean. Take a moment to soak it in before we drop you at Sintra train station.

“Not only did I get the chance to see some really amazing sites with a bit of history given to me, but I was given time to explore on my own. I never felt like one of those zombie tourists following around a guide with some flag on a pole. This was an experience not to be missed.” – Patrick, Oct 2019

“Wow… It’s too hard to put into words how amazing and life changing this experience was. And it wasn’t just WHERE we were it was WHO was taking us around and how it was presented. Everything was absolutely STUNNING. Our tour guide knew everyone in Sintra, so everyone we ran into treated us like royalty.” – Hannah, Oct 2019

“I wouldn’t change anything about this day! Andres was our tour guide, but felt more like a friend who we could’ve known for a lifetime before this trip. He had unique insight into Sintra because he’s grown up there.” – Kiran, Oct 2019

At check-out please write on the booking notes how many guests will attend.

We’ve adapted in response to COVID-19

To keep our guests and staff safe while having fun we’ve added new safety and hygiene measures to our experiences and transfers. Our staff have received extra training and Portuguese authorities have given us the “Clean & Safe” seal. Read about our COVID-19 measures here.

We’ll pick you up at Cascais station and head straight for the famous Guincho Beach where we’ll watch surfers roll in on endless barrelling waves.

Back in the jeep, we’ll hit off-road forest trails taking us to the 12th century Peninha Sanctuary. From here you can catch 360-degree views of the forest, ocean, Lisbon, Sintra and Cascais.

Time to visit the edge of the earth. Cabo da Roca is mainland Europe’s westernmost point and here the stunning sheer cliffs, wind and lighthouse mark the spot.

Nearby we’ll sneak off to our secret viewpoint and show you the magical “Buraco do Fojo”, a really cool natural attraction (that only locals know about).

Time for a beach hop – we’ll drop by the wild and famous beaches of Sintra’s coast – from Praia Grande to Praia das Maças.

Last but not least, the traditional white-washed village of Azenhas do Mar. Here the charming Portuguese village clings to the cliffside above a sandy beach and the wild Atlantic ocean.

We’ll explore wild coastline, secret forest tracks and century-old roads just 40 minutes from downtown Lisbon. This journey is for those that love nothing more than being by the salty sea as we hop from famous beaches to soaring seaside cliffs and take in the views from a mountaintop sanctuary. We start in Cascais and finish in Sintra. 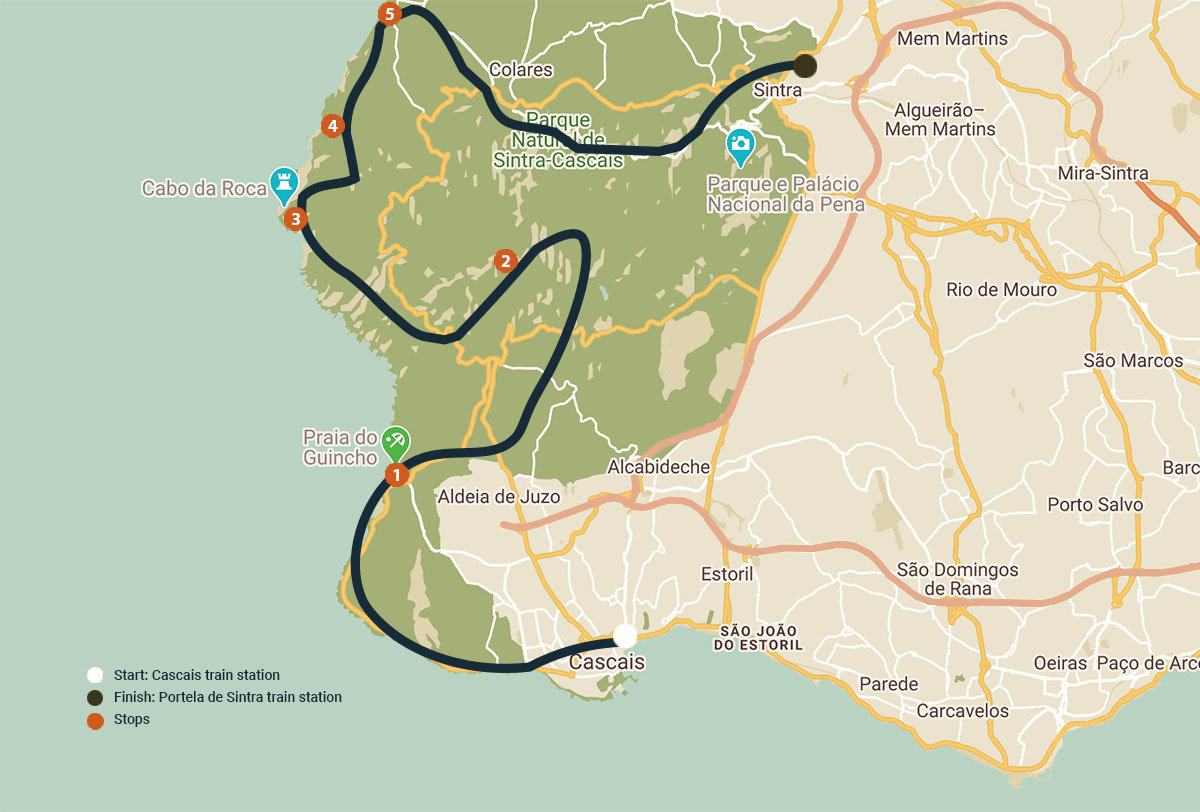 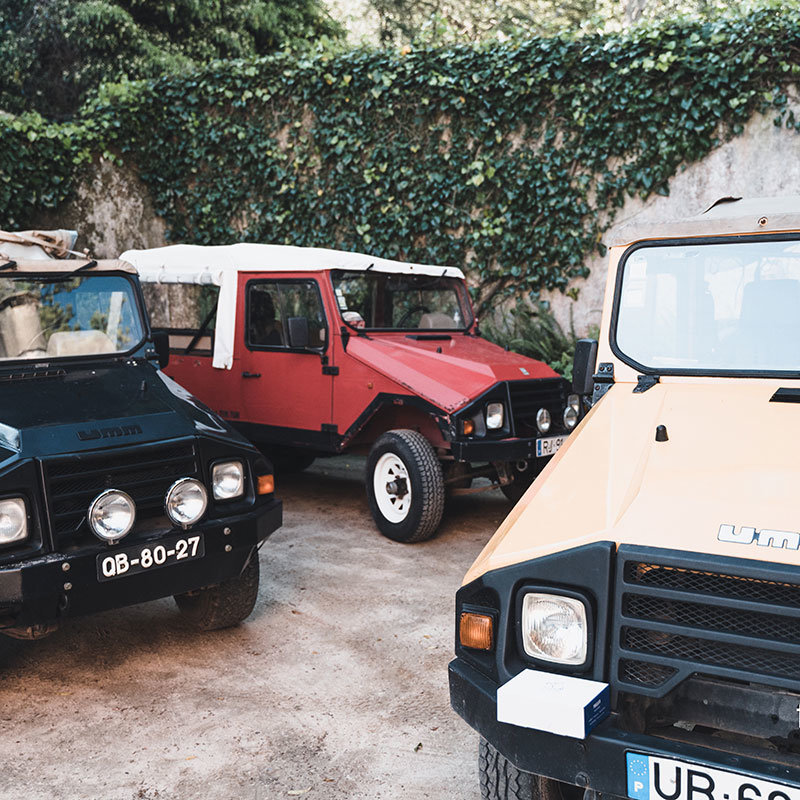 Private Transfer From Your Location (Journey Add On) 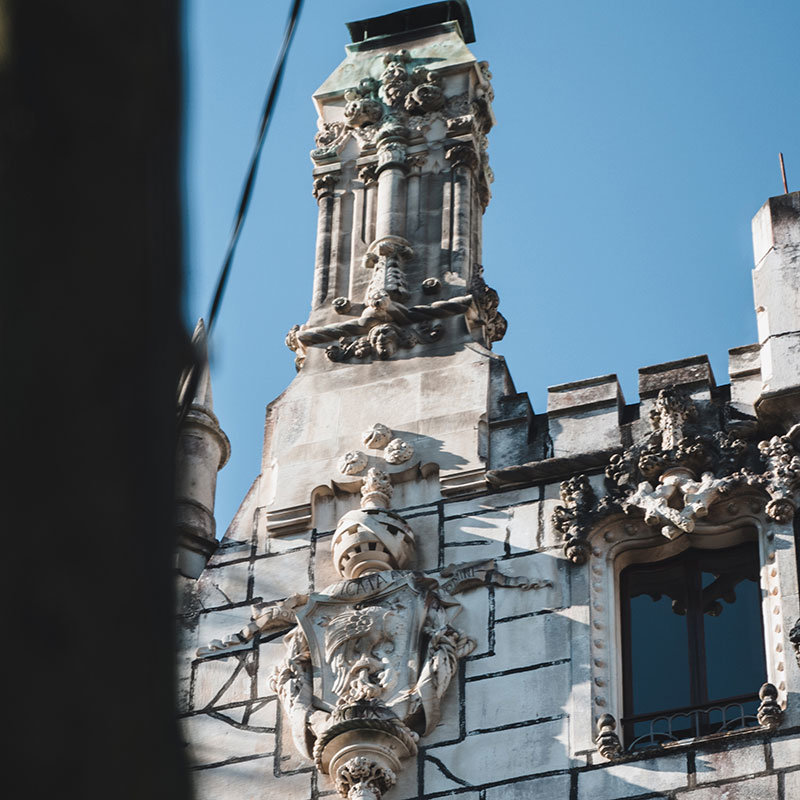 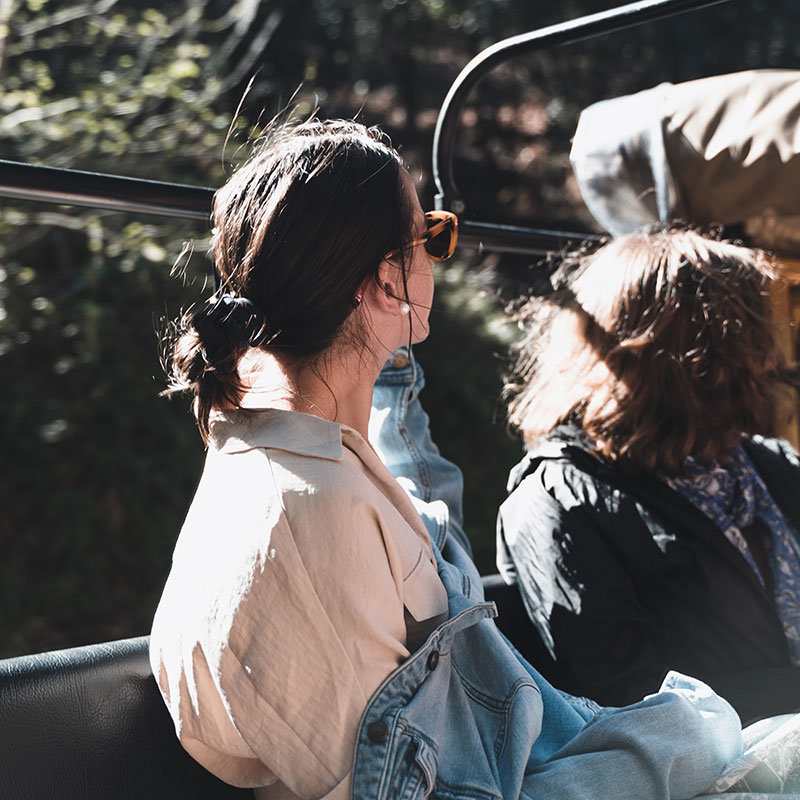